People are often surprised by how much I’ve authored, illustrated, and overall published in my thirty-one years. Sometimes it astonishes me too, particularly when I think about how little time I spend “working” in contrast to most people.
One large difference between me and many of my peers is that I have the same understanding that Teal presents in this video, How to be Productive:

You can’t expect good results when you’re fighting with yourself.

If you hate what you’re doing, you’re not going to achieve maximum productivity. Furthermore:

Focus on your area of excellence.

When I was reading First, Break All The Rules, I learned that studies have confirmed something I’ve always intuitively known:

Savvy business professionals today know that they’re better off investing their time, energy, and resources into their strengths and the strengths of their employees. There isn’t much to be gained by investing the same time, energy, and resource into someone’s weaknesses because they simply won’t improve that much. Yet when you invest the same amount into someone’s strengths they rapidly soar far, far, far above average. This increases an individual’s enjoyment of life and their work while simultaneously contributing more to human society at large.

Weaknesses can’t be ignored completely, so they have to be managed through awareness and compensating factors. For example, if you’re poor at being polite then you may need to have someone else communicate politely for you, such as a secretary. In contrast, investing two months into improving your “nice-ness” may or may not be particularly valuable, particularly when you can invest those same two months into your primary skill instead. You will struggle to gain ground with your weaknesses, particularly if you’ve already tried before to improve those areas of your life without much fruit. I’m not saying you should entirely abandon anything you aren’t immediately good at – obviously everyone needs the ability to communicate, to receive intimacy, to maintain their health, and so on. But the largest investment should go into your strengths. Your strengths can shine!
Your natural inspiration, motivation, inclinations, and desires will lead you in the direction of your strengths anyway, so you don’t actually have to do much to ensure this happens. Rather, you must simply stop trying so hard to fix your so-called flaws. 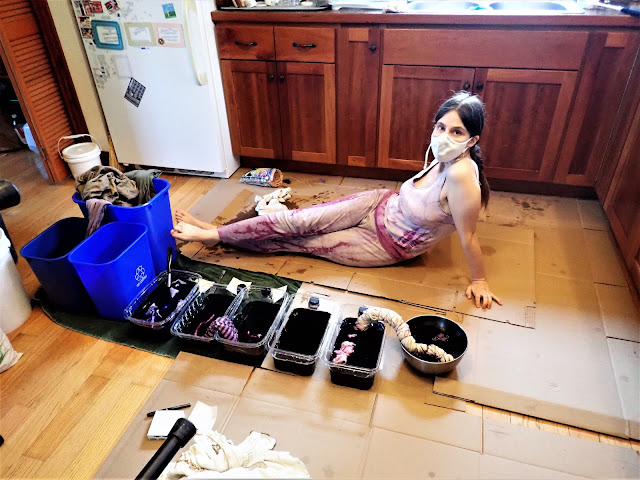 Following my inspiration to tie-dye clothing.

A Natural Disposition for Productivity . . . That Disguises Itself as Being Recalcitrant

I’ve always been really resistant to working on my flaws, as well as really resistant to doing things that didn’t intrinsically motivate me. And when I say “really resistant” – I mean that I could hardly bring myself to do these things when it was really vital for me to do so. I’ve struggled terribly with being anyone else’s employee because I need my own internal motivation behind my actions to achieve any level of productivity. Often my intrinsic desires have seemed counter to being productive, but I’ve followed them anyway. For example, sometimes I feel like painting all day and I have no particular intention for how the art will improve my life or my skills. Yet most of the art I've created has ended up going into my board games at some point in time, even as much as ten years after I originally created the art. 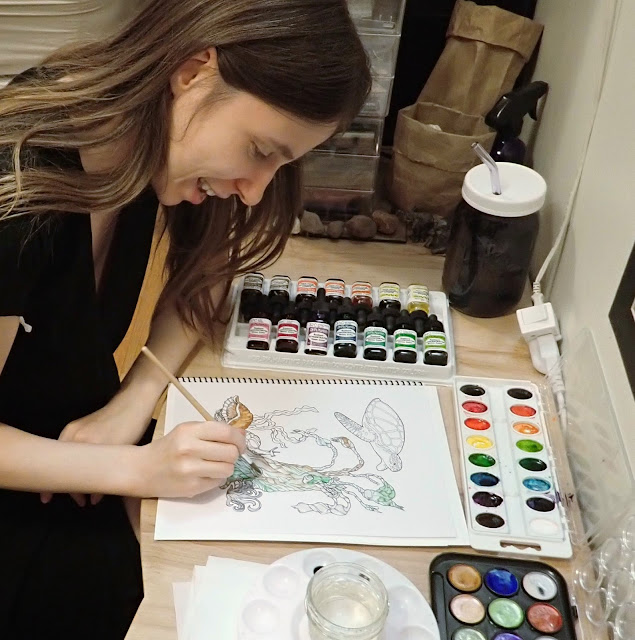 Following my inspiration to paint.
Whenever I’ve tried really, really hard to focus on “productive” things that I didn’t feel intrinsically motivated to do, my productivity would briefly spike (for maybe a day), and then plummet to nothing thereafter. In other words, something about my psychological makeup has rendered me incapable of doing anything but what Teal suggests in the aforementioned video. Let me give you the cliff notes from the video in case you don't feel like watching it:

Some of Teal's Productivity Tips

Want all of Teal's productivity tips? There are fifteen in this video: How to be Productive, and she expands more on the importance of valuing results over time in this video: Do You Want Success? Don't Value Your Time.

Because my physiological makeup prevents me from doing anything other than what is outlined above, my creations often astonish people. I have been frequently called a “polymath” which is a term meaning a person with multiple significant talents. In truth, I'm not more capable than other people. In fact, being a highly sensitive person who is also on the autism spectrum has made my weaknesses very pronounced. (I expand some on my personality and its limitations on my post about being an INFJ and HSP.)
In my thirty-one years on this planet – it's now February 2020 as I write this – I’ve authored two recipe books, four nutritionally complete meal plans (which are also, in essence, recipe books), a comprehensive nutritional guide, a travel book on budgeting time and money, two intense strategy games (and two expansions), one party game (and five expansions), one light strategy game (that doubles as a recipe book), one shadow work process called Perspective Alchemy, and one coloring book. Within the next couple years I expect to publish at least one more board game or book, and as many as four if I am particularly inspired.
Editor's Note: Only a couple weeks after first writing this, I released the Alchemy Workbook. 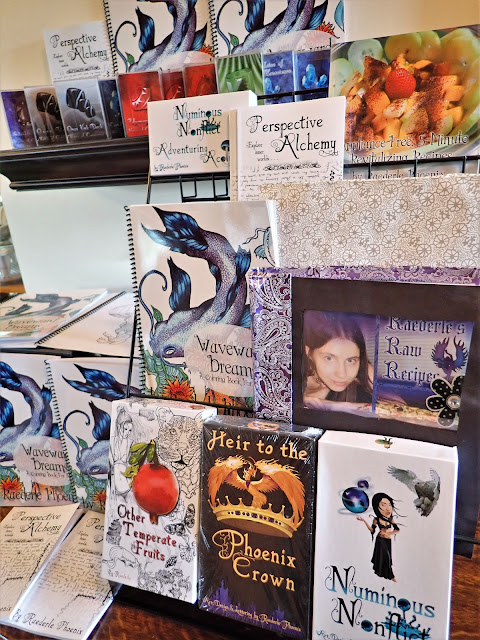 My creations.
I didn’t struggle or suffer to illustrate my books, to photograph my recipes, to write my knowledge, to balance my games, or even to edit my work. I enjoy all of these processes so much that I do them for their own sake. The only tip on Teal’s list I’m failing to follow is delegation. (Well, that, and making lists. That tip actually didn’t work for me in the past; I found that lists robbed me of my internal motivation because I was trying to use the list as external motivation.) If I were to delegate someone else to sales and product management . . . That would be very smart. Are you good at that? Maybe you should apply to me for a job!
So which of these tips have you been following? How are they working for you? Visit my youtube channel to leave me a comment.
Blessings,
Raederle Phoenix
The Consciousness Alchemist

PS: Within ten minutes of posting this article, facebook decided to show me a photo of me painting that I shared three years ago on this same day. 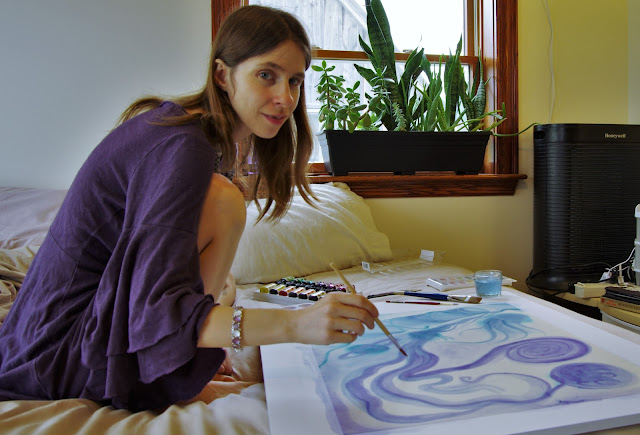 And, astonishingly, here is the very relevant captain I wrote for the photo:

Painting is a practice in consciousness. Like most presence-enhancing experiences, it feels like a “waste of time” to the part of us that craves significance, productivity, and accomplishment. The trick is getting that part of you on board with your child-like, creative, spontaneous, and present aspects of self.
To achieve this, set being incredibly present as a goal. Make it an achievement to spend time being present. Start viewing meditation as accomplishment, and zen activities as part of what makes you significant. If you can make this shift in perspective, then you can get your activity-addicted aspects on board with your present-playful aspects.
For me, one way I can do this is through painting. The part of me that wants “productivity” can see the paint spreading across the paper and feel that something is being “accomplished.” Meanwhile, my spontaneous, creative side is having a blast with color. While my calculating aspect wants me to be present with the paint-brushes because they were expensive and I don't want to ruin them, my creative side wants me to be present with the brushes because it makes more beautiful artwork.
This “allying process” of internal aspects of self is called integration. This is a key process that is at the heart of Consciousness Alchemy.