Why I Almost Left My Husband

In July 2015 I almost left my husband, Lytenian. We married in June 2010, so we were starting out sixth year of marriage. We'd been traveling for months, and we'd shared many transformative experiences together. Despite being the best of friends, I was feeling increasingly resentful. 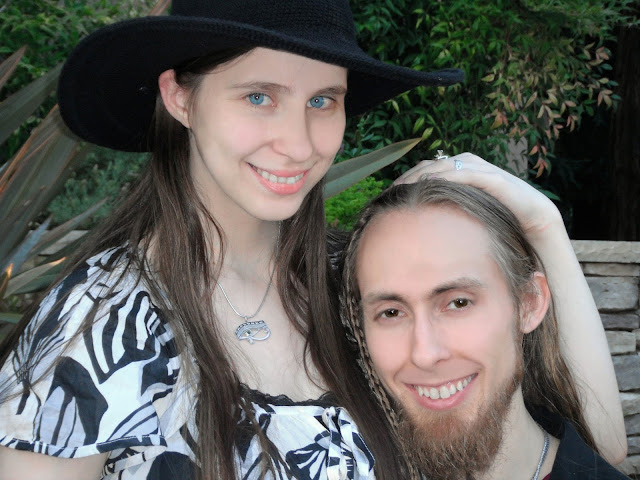 Lytenian & Raederle, 2010, outside our apartment in Walnut Creek, California (U.S.A.)
When we got married, it was my intention to always be a stay-at-home wife, and eventually, a stay-at-home-mom. When I insisted that we move across the country (from California, where we'd lived together for our first year, to Buffalo, NY, my home city), he moved away from his job. 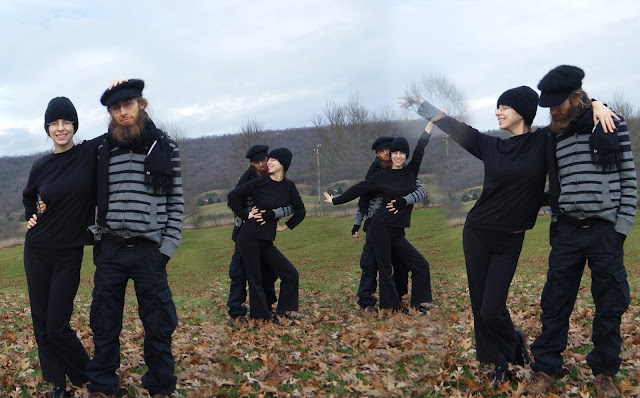 Raederle & Lytenian, 2011, on a roadtrip with my father to North Carolina from western New York (U.S.A.)
I had a small gig working for The Vegetarian Health Institute and a small amount of income from my business (Raederle.com). But at the time of the move, it only amounted to $100 to $200 per month. I started working a lot more over the course of that first year (2011) and even more in (2012). Lytenian sometimes worked odd jobs, and his parents sent us Christmas money, but I was bringing in 95% or more of the income.

Raederle & Lytenian, 2015, dog-sitting for friends in Vermont, U.S.A.
By 2015, I'd had enough. I was sick of paying for all of our expenses. And not just because I was sick of working or sick of earning money. I was sick of the fact that he couldn't seem to uphold my ideals about what a house-spouse should be. My idea of a house-spouse is someone who keeps the house in perfect order all the time, prepares all the meals, and is also entirely emotionally available to their provider. He was able to do the latter of these three.
Lytenian is on the autism spectrum. He's brilliant, beautiful, and always emotionally available to me. But between his extreme anxiety, autistic tendencies, tendinitis, and severe adrenal fatigue (all of which date back to childhood), he is neither cut out for a typical day job, nor the traditional house-spouse role. Especially when I tried to commit him to my personal vigorous standards for myself.
I came to understand these obstacles over the years. By the end of 2014, I knew it very well, but it didn't stop me from having a lot of resentment. I would do my own dishes, make my own meals, earn the money, manage our social lives, plan the trips, and still find time to create board games in my spare time! Meanwhile, he found it difficult to handle his emotions, to prepare food for himself, to bathe himself, and to keep on top of laundry.
To be fair, he also made apartment upgrades and did a lot of technical maintenance. After I bought a car, he did all the driving for me (since I hate driving). He often ran errands and did the shopping for us.
Still, I felt I was carrying more than my fair share of the labor in the relationship. I couldn’t accept it anymore. And so, in July 2015, I was listening to a motivating talk. The talk told me to go get my needs met somewhere else if I wasn't getting my needs met in my current life or relationship. The talk was powerful. It led me deep into my own sense of lack, my own sense of my unmet needs.
From that vibration of utter lack, I told him it was over. Yet after I told him it was over, I felt devastated. Immediately.
I felt so devastated that I lost myself entirely. I began weeping. I felt cold. I felt afraid. I clutched at him with obsessive, possessive fear. Within a couple hours I was screaming at him, "Please don't leave me," even though he never said he was leaving. We were at a friend's house at the time, yet I spared no thought for what they might be hearing coming from their guest room.
I waffled a bit in the months that followed, but a firm resolve came over me. In my almost-sacrifice of our relationship, I suddenly was able to feel how much it meant to me. I resolved that I would do whatever it took to make our relationship work, no matter what that meant.
After the close call, I found myself releasing old attachments, one after another. I let go of my identity, my hopes, and my dreams. I let it all go in favor of keeping the one thing that mattered most to me: Lytenian. 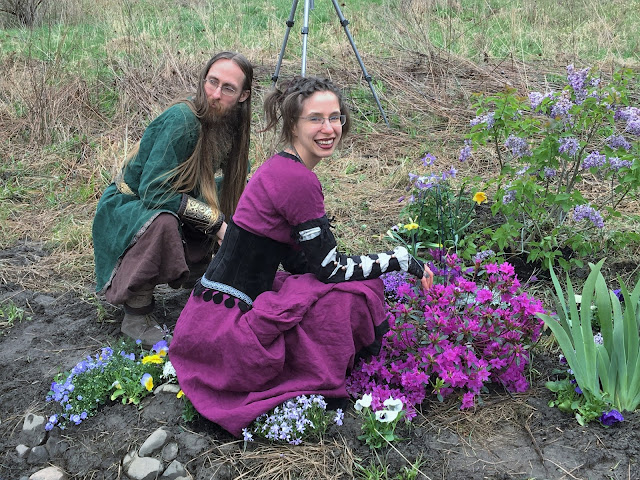 Lytenian & Raederle, May 2016, Ithaca, New York, U.S.A.
It wasn’t until the summer of 2016 that I could admit to friends and family that this had happened between Lytenian and I. Many of our mutual friends view us as a perfect couple. We’re honest and open with one another in a way that is rare. We dig up the hard truths about ourselves and then share those truths with each other. It is a highly conscious love.
This authenticity in our relationship has often meant admitting to him that I didn't feel in love with him, and working my way back to feeling that way again. This has often meant talking to him about attraction to someone else – even before we knew about polyamory. This has often meant saying very, very difficult things to one another.
And despite this incredible honesty and connection, I almost left. I almost left over money. But of course, it wasn't about the money. It was about my dreams, my hopes, my expectations, and my freedom. And I'm very glad I didn't leave. Our relationship has continued transformed and grow since then.
Next, you may enjoy my post: Why polyamory? What's wrong with monogamy?
If you enjoy reading about my life, then you'll enjoy my detailed, novel-style, online diary which you can get exclusive access to as one of my patrons on patreon: www.patreon.com/Raederle.