This summer I'm working up to going 100% raw.
(Summer 2010 - Living in Walnut Creek, California – The summer I married Lytenian) 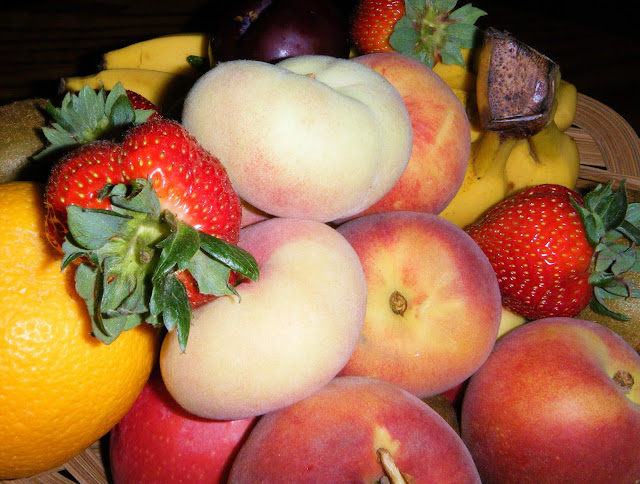 I wrote my first entry the day after meeting the amazing speaker; Markus Rothkranz. That first entry was three weeks ago today. Before then, I was trying somewhat to eat more raw foods, but with little success.
It's hard to go raw when you think that all there will be to eat is salad, salad, more salad, and a fruit salad. I knew there was more than that because I have been to several raw food potlucks over the past year, and in fact, I hosted my own for the first time yesterday.
I'm still annoyed with myself for not taking photos of the potluck yesterday. I did, at least, take some photos of a couple of the dishes I made before anyone showed up.
There were so many delicious dishes brought;

A very sweet woman who I met at the free-Sunday-morning yoga-in-Civic-park brought Avocado wraps which consisted of guacamole wrapped in large lettus leaves. I quite enjoyed them in particular.

I learned yesterday that I don't like Tahini personally; although everyone else loved the fresh tahini-lemon dressing served over a fresh garden salad. Tahini is sesame seeds blended with water.

Consisting of a base of kale, covered in a sweet fruit sauce. (Click here to check out recipes for kale similar to this one.)

A salad with a base of avocados and fruits also containing some leafy greens.

Half a mango, a bite of banana, two peaches, five strawberries, and a kiwi; blended into a deliciously creamy pudding consistency, topped with crushed pecans and four or five sliced strawberries. (Optional pineapple in a bowl to the side.)

For the past three weeks, I've progressed to having salad or smoothie for breakfast, and then salad or smoothie for lunch, with an apple, kiwi or a few slices of pineapple for brunch.
Sometimes I make an elaborate raw dinner, but sometimes I still have a cooked dinner.
However, my cooked meals (and raw meals) do not include any meat, dairy, sugar, breads, flour, or pastas unless it's brown rice pasta. 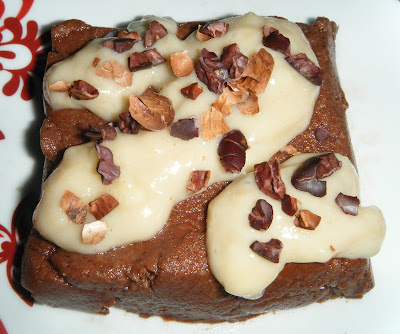 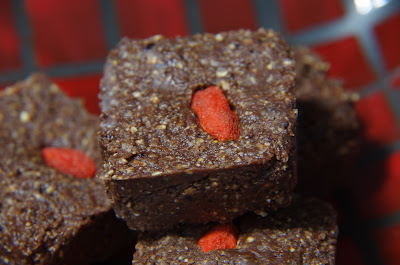 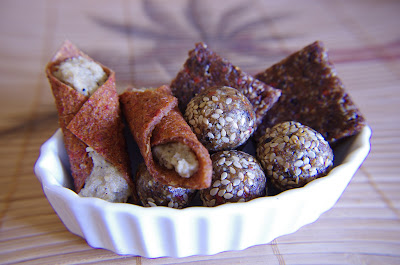 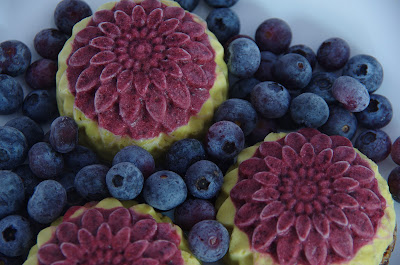 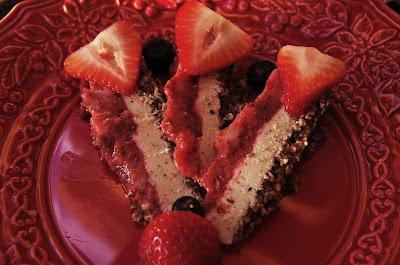 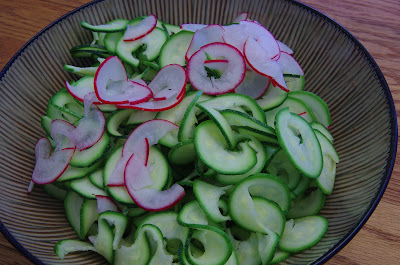 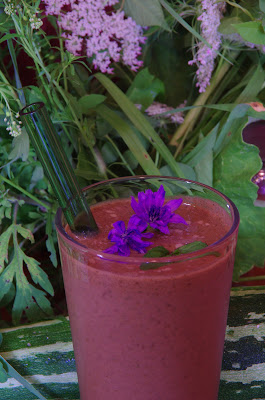 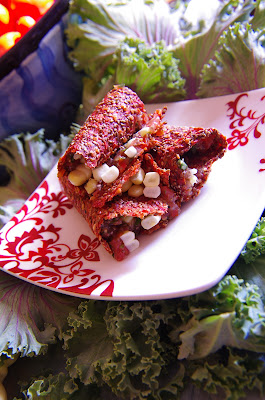 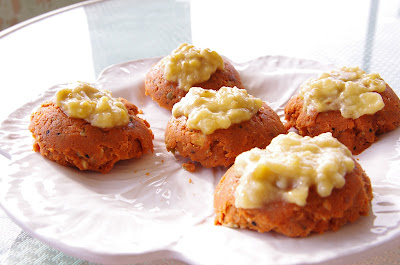 A raw food diet is not boring in the least. This is just the beginning; the first three weeks trying to reach for 100% raw. I'm more and more excited about this each week, and my confidence and level of energy just keeps growing.
In other news: Yesterday morning – Sunday morning – Yoga in Civic park; entirely free yoga under the sun! Or in the shade of the lovely trees; as I prefer. The yoga is taught by various teachers from lululemon.
I can't imagine having a more energizing and productive day than outdoor yoga followed by a raw food potluck! And to think, just last year I could barely get into the downward facing dog position!

Looking back on this, it is amazing how far I've come! I now make kale salads regularly, enjoy mild green juices (click here for recipes) made from lettuce and cilantro, and I even eat celery without almond butter! My tastes have entirely transformed.
The detox plan to raw worked, but I only managed three days of water fasting. It isn't something I'd recommend as an introduction to raw. A juice feast would be better.
Thanks for reading and supporting my transformation with your kind words and love. You can read more of my personal journey here: Raederle's Memoirs
~ Raederle Phoenix