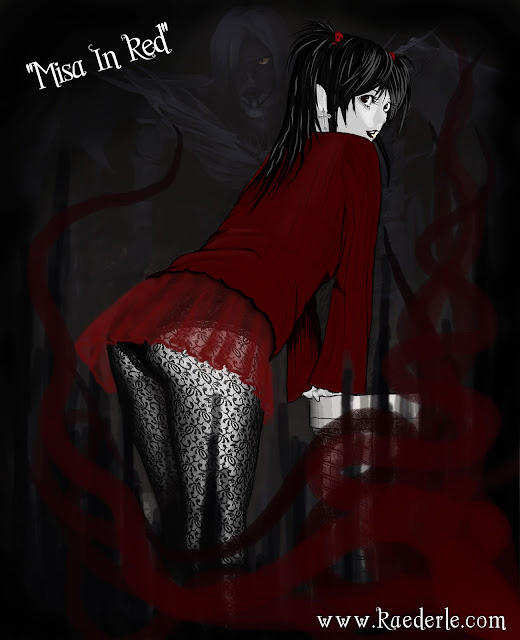 The original work was done mostly in pen. Color in Photoshop.

The person in this picture is Misa, from the anime Death Note, and in the background is a vague outline of Rem, a God of Death.

Misa never actually wears this outfit in the show, but it's along the lines of her style.

This artwork is by Raederle Phoenix, but has been inspired by Death Note.

You can buy this art from me in the form of a mousepad, a mug, a coaster, etc, and other art of mine at my deviant art shop.
Click here to return to the top.