In 2007 I drew (with a basic #2 mechanical pencil) a picture of three fire sprites collecting wood. The drawing was originally designed for the board game.


In 2008 or 2009 I decided to paint the drawing. I was fairly new to digital painting so I was easily pleased with the result. Now, however, I notice the low resolution.

Tip: Always paint on a canvas (within your digital painting program) that is at least 8.5 inches wide and 11 inches tall. I aim for at least 15 by 15 inches, usually using 18 inches by 20 inches lately. The larger your image, the more things you can use it for in the future. Also, it makes it easier to work on the small details of your artwork.

In 2009 or 2010 I decided to refurbish the artwork yet again. Here is the current creation: 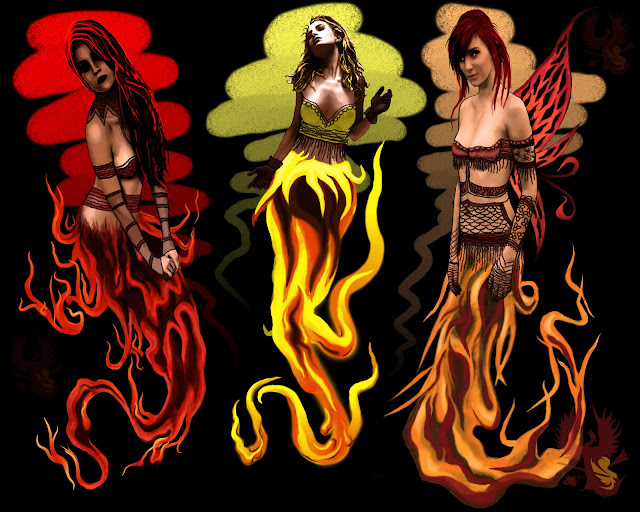 You can buy this artwork from me as a mousepad, a mug or print from deviant art, click here to see options and prices.