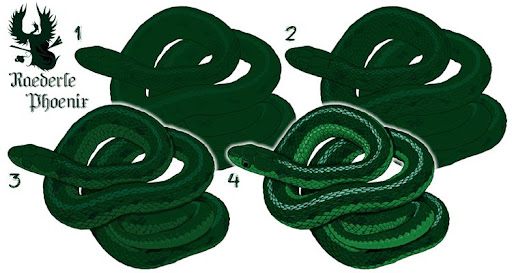 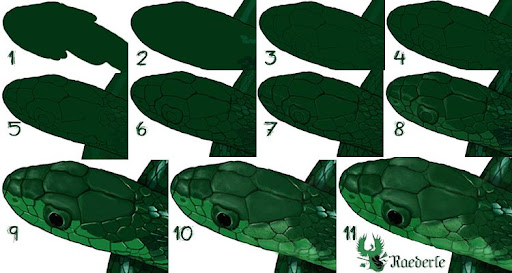 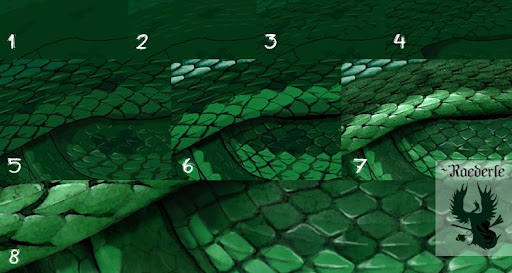 1.First I established the basic outlines of the snake.
2. I went on to begin carving the scales out of the snake in a very monotonous way, which I will probably never do again with any piece ever again. Incredibly boring to sit about outlining scales.
3. I added spots of coloration, almost whimsically to try and discover what would look most attractive.
4. I put in the main shadows.
5. I began to add scale shadows in earnest, as well as mocked-up highlights.
6. I decided to made the underbelly a lighter color.
7. I highlighted and textured many of the scales.
8. A small clipping here is displayed of the fullsize detail of the scales. 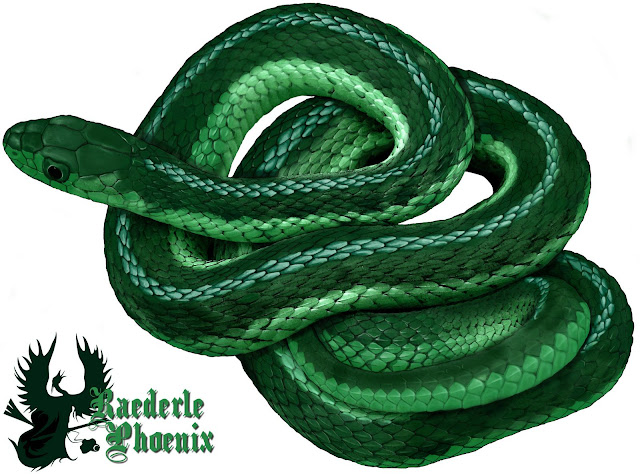 The current condition of The Garden Snake. The version on my computer is over 20 inches on a side. This is a very, very detailed work, and what you see on your screen is a compressed tiny rendition.