Vegan on a Cow Ranch

I'm on a road trip.
Lytenian and I drove here to Moline, Kansas from Buffalo, New York.
We left on Monday, March 5th at 10:00pm and arrived here on Wednesday at 4:00am. That is a thirty hour journey. We plan to leave on Tuesday to head for Georgia. We've only thus far traveled to our first destination of five. (We're headed to Florida, Georgia and two places in North Carolina as well.)
Photos, maps showing our progress, and so on, can be seen in this facebook photo album (click here).

It is nice being out in the country and breathing in fresh air. Last week I was able to sun-bathe four days out of the week. (And it is March!) I purposely did this with my arms covered but my mid-drift and legs bare. I know I'll be getting plenty of sun on my arms later on. 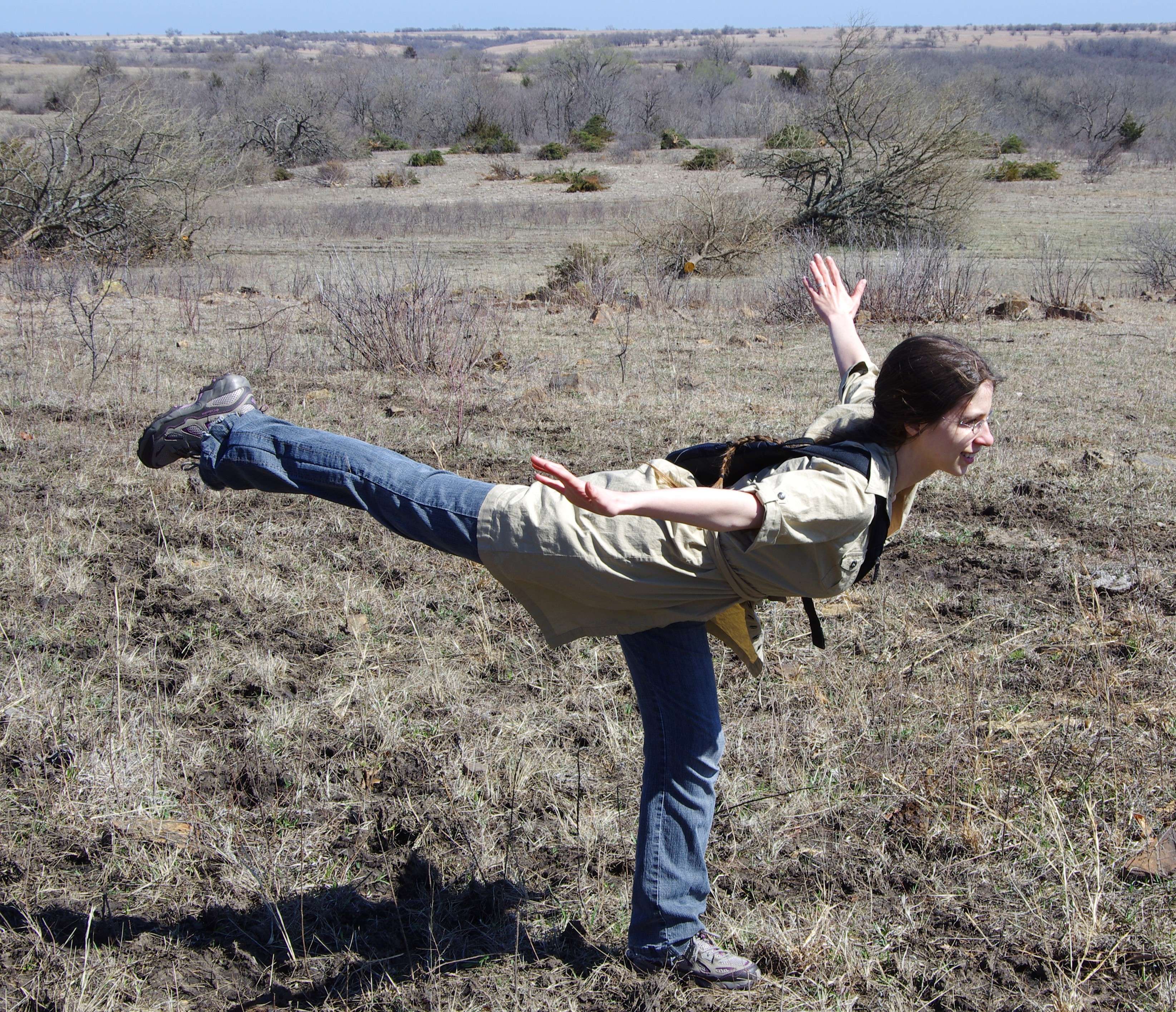 I've been doing a little more yoga than usual which is wonderful. I was fortunate enough to be able to drop into a Zumba class in Wichita as my Aunt-in-law has a Y membership and they have all kinds of awesome classes there. I worked up a full body sweat in the hour and smiled almost the entire time. The teacher was very entertaining and fun.

On A Cow Ranch

My husband's father's parents own the ranch we're staying at. Yes, yes, I know. I'm a vegan and I'm currently staying on a ranch... No use making a fuss about that. Hearts only change for the better through love.
My husband's father's brother lives here as well, and the two sons of my husband's father's sister visit here often. It isn't a bustling place but it also isn't quite the hermit life that one could imagine in such an unpopulated area.
My grandfather-in-law has over a thousand cows. It is calving season and he says hundreds of calves are born each year and he sells hundreds of grown cows each year. They don't use growth hormone or artificial feeding methods. They do use antibiotics, but only if a cow is very sick. I have not asked how many acres there are, but with so many cows sometimes not a single cow can be seen from the house and the house is on a bit of a hill. That alone says something about the size of the land. Also, it is a five minute drive to get off the dirt road onto a paved one.
I've seen cows penned up along the side of the road with hardly enough room to turn around in some parts of the country. When I see that, it makes me angry and sad. But it isn't like that here. The cows have a very large area to roam.

The nearest grocer is a twenty minute drive away. There isn't much at the store that I consider food. It does have produce, but the selection is very limited. The only organic items sold there are small tubs of organic spinach. It's much better than nothing, but they don't always have them in stock. Everything else is conventionally grown. Rather sad and shocking when I'm in the middle of so much land that food could be grown on.
All things considered, the selection is a bit larger than one might expect for the middle of no-where. They still have bananas here, even if they're incredibly green at the market. It seems that bananas are shipped everywhere.
We've been eating steamed asparagus, broccoli, cabbage and onions from the market to supplement the food we brought with us. Trying to be 100% raw in this circumstance would be possible with enough forethought, but I would have had to bring a giant mound of kale chips along.
We did bring apples, bananas and citrus with us. Some we brought all the way from home in Buffalo and some we purchased at Whole Foods in St. Louis on the way driving in.
Not so long ago (when I took the Zumba class) we were able to pick up a bunch of great organic items at Green Acres Market in Wichita.
My grandma-in-law doesn't have a blender. It never occurred to us that anybody might not own a blender.
We brought our juicers (both our masticating juicer and our centrifuge juicer) and our food processor. It's a lot to lug around, but that is a huge advantage of road trips (as opposed to flying by plane).
We've attempted smoothies in the food processor, but they come out more like a thin ice-cream. Still good, but not quite a smoothie. The design of the food processor just isn't meant for that much fluid.

In The Great Plains

Birds can be heard almost all the time here, which is nifty. As I write this now I can look to my right out the window and see the plains and from behind me out the screen door is the sound of birds chirping.

We've done a little cleaning for Grandma. Just sweeping, vacuuming, dishes and organizing the fridge. Mostly that is just cleaning up after ourselves, so perhaps it doesn't count.

We've caught a number of scorpions and put them outside. They aren't very dangerous in comparison to the brown recluse spiders we've been squashing.
I've discovered that aloe plants and turmeric roots are amazing. I've recently posted a recipe using turmeric roots and the photos on that recipe's page were taken here in the yard just a few days ago.
Namaste
~ Raederle
Click here to return to the top.