This is one of my favorites. I love the colors, the composition, the creativity... I don't think it shows my full capabilities, but I believe it is my best overall work or near to it at this time; (I'm writing this January 2012, just a few days before my 23rd birthday on the 30th of the month).

Entangling is actually a 'scene' in a fantasy novel I was writing in 2009 and 2010 (called "Moons of Blood" originally, and then "Daughter of Crystals" after some serious revisions). It is a story I may or may not ever finish editing and publish.

Part of the "head piece" in this painting was taken from Bionic Dryad, as shown in the first part of this video.

And without further ado, Entangling: 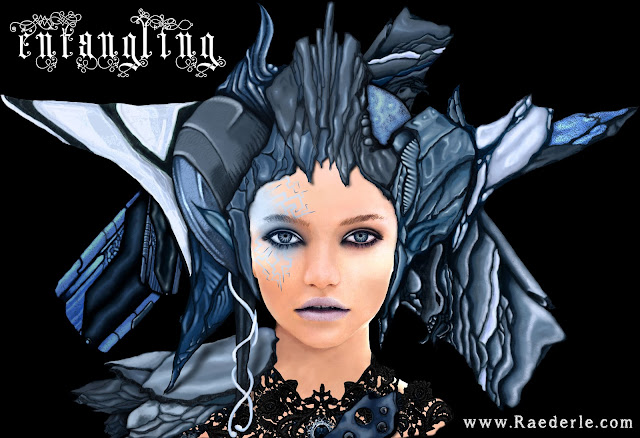 ~Raederle Phoenix
Click here to return to the top.