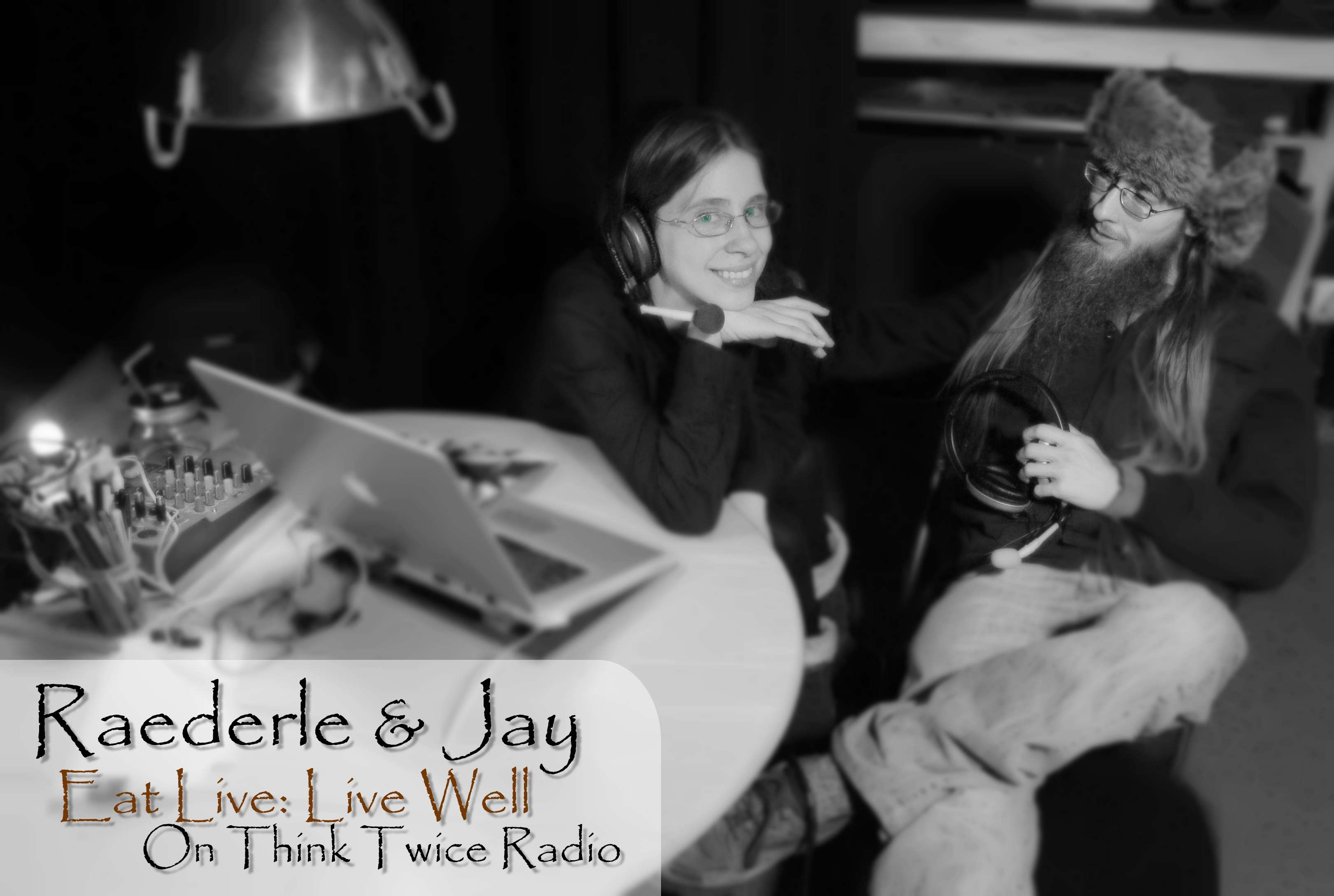 On this show, Raederle and Lytenian interview a raw vegan named Paul Klein.
To listen to the audio for this show, click here.
Paul says: "I started losing a pound a day. My friends thought I was goner. I knew that I was okay. I felt great. I felt better than I ever had in my life." He goes on to say in regards to his allergies and diverticulitis: "I haven't been bothered with that stuff in the past thirteen years." The doctors said it would never go away. "But it did go away when I changed my diet."
The following is a written description written by Paul of his story and edited by Raederle (previous to the show recording).
Following that is an excerpt from the book that had such an impact on Paul, Nature's First Law. 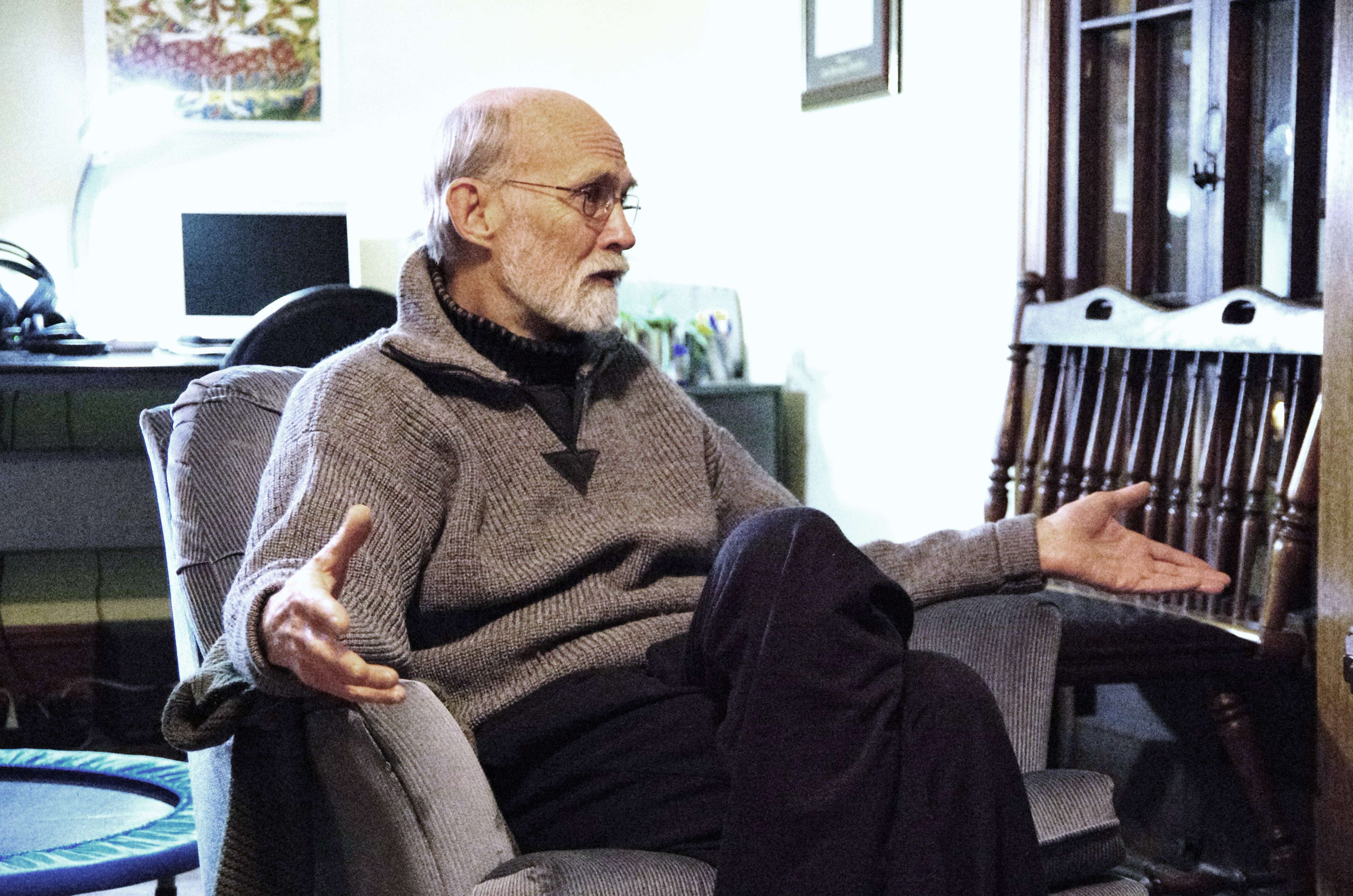 My motivation for changing to a raw organic diet was to avoid surgery, poisonous drugs, radiation, chemotherapy, extreme sickness and the possibility of a painful death.
Years earlier, I went through an experience with a business partner who died within four months after being diagnosed with melanoma cancer. His attempt to regain his health via the conventional medical method was futile. He and his family suffered greatly.
My business partner's life ended in four months of horrific pain and suffering. He left behind a young wife, son and daughter. My own cancer symptoms were identical to his and I did not want to go that route. Because of many other prior health issues, I had been learning and studying alternative healing modalities.
I had heard of macrobiotics. I knew of Dr. Satarino who chose to go the route of building up his immune system with healthy whole foods. Dr. Satarino was in his thirties at the time. He knew that the standard medical treatment would not be successful. He chose to change his diet. He literally "ate his cancer away."
When my cancer was discovered, I immediately changed my diet to a completely organic diet of raw vegetables, fruits, seeds and nuts. The bulk of my diet became green leafy veggies. This diet was outlined in a book called "Living Foods for Optimum Health" written by Dr. Brian Clements, Phd., the director of the world renown Hippocrates Health Institute in Boca Rottan, FL.
I had also researched "Nature's First Law" by Arlin, Dini & David Wolfe, along with the books written by the originators of Hippocrates Health Institute, Dr. Ann Wigmore and Viktoras Kulvinskas.
Overnight, my black, itchy, fast-growing-cancerous mole gave me the push to start detoxifying. I made the commitment to filling up all of my trillions of cells with powerful Life Force.
I changed my diet radically from acidic to alkaline. My cancerous mole disappeared within four months. My arthritic pain – of thirty-three years – went away. My diverticulitis – of eighteen years – went away. My lifelong allergies vanished as well.
Forty years previously I had been in a serious car accident that had plagued with me severe back pain and a bad knee. That pain also vanished in the same four months.
My energy levels shot sky high. My clarity and happiness skyrocketed.
The eye doctor who examined my eyes said that I was born with astigmatism and that can never be corrected. After two years on this organic raw food diet I got rid of my reading bifocals and driving glasses.
In over eleven years I've been eating organically grown raw foods, I haven't had one cold or flu. I never get indigestion or acid reflux.
When I went fully raw, organic and vegan my spirituality took a huge upward spike. It was the most amazing experience of my entire life.
An organic, raw and vegan diet, in my opinion, is the most sensible and economical way to eliminate and prevent disease and pain.
Through years of seminars, lectures, documentaries, books, workshops, interviews with raw fooders, I have attained the knowledge to heal myself. It's a shame that this information is not embraced at universities.
This information may be repressed because of the negative economical impact it would have on the established pharmaceutical and medical corporations.
Only a few industries have made money from my healing: Organic farmers, organic grocery stores, and those teaching natural healing through food, exercise, clean air and water.
The money I've invested in my raw food education has been far less than what most people throw away in prescription drugs, surgeries, doctor visits, and expensive hospital stays.
Hippocrates said, over two thousands yeas ago, "Make food your medicine, and medicine your food". He was right, and anyone can prove this. Try this diet for one month and keep a journal of your feelings and health improvements.
If you can afford it, take every test available in the medical community. Get your levels of each vitamin measured, as well as cholesterol levels, etc. Then, after a year of on a natural lifestyle, go back and have all the exact medical tests taken again.
It will blow those medical examiners away and open their eyes. Responsible doctors are admitting that prevention is far superior to treating the symptoms.
I have never been happier and more in love with life, my self, my wife, our family, friends and all our acquaintances as I am now.
If you need any help or encouragement, just give me a call, I am happy to share this "Life/Love Altering Experience" with anyone wanting to take responsibility for their own health and happiness.
Namaste, Happy Trails, Much Love
– Paul Klein
#716 884 0099

To see what a nori wrap looks like (what Paul called "sushi") and to get a couple recipe ideas, check out this nori wrap recipe.
To find local groups in your area that have raw vegan potlucks, visit meetup.com and type in "raw food" in the search engine on the site. Also try "living cuisine" and "vegan" because these groups will have overlap in the sorts of events that they have.

Below are some statistics that Paul shared with Lytenian, Raederle and other folks at a potluck from a book. We considered having Paul read these during the show, but ran out of time. But, for your benefit, here they are anyway:
The following stastics were primarily compiled by John Robbins and Howard Lyman. They were revised and updated in the book Nature’s First Law. Most of these facts compare a vegetarian diet to an omnivore diet. Remember that the differences are much greater when compared to a raw food diet.

Amount of U.S. forest which has been cleared to create cropland to produce a meat-centered diet: 260 million acres
How often an acre of U.S. trees disappears: every 8 seconds
Trees spared yearly by each individual who switches to a vegetarian diet: 1 acre

~ Raederle Phoenix
~ Lytenian
~ Paul Klein
If you have a heath or fitness question you'd like us to answer on the show, e-mail us. Visit the contact page.
Visit the Site Map to find more radio show episodes or articles of interest.
Click here to return to the top.